After Sustainable Development: How Would We Build A Better World?

Sustainable development is the central challenge of our times.

… it is more and more apparent that, mainstreamed as sustainability or sustainable development, environmentalism has failed to reduce, even remotely adequately, the impact of humans on the biosphere…. The world talks the talk, but walks only as much of the walk as will enable it to go on talking.

It is not enough to know what is wrong. You also have to be able to know how to fix it.

“Sustainable development” can mean many things, and I don’t know what they all are. One way to put it, for me, would be moving the planet toward the most exacting possible global climate treaty, contributing to the strongest possible social movement participation in creating the future worlds we envision, and through both of these channels to bring about the creation of a low-carbon, sustainable [that word again], equitable, and deeply democratic future.

What I do know is that in addition to all our efforts to stop obviously bad things from happening – out-of-control climate change, the further narrowing of democratic options [say, Donald Trump versus Hillary Clinton], the waves of militarism and violence that engulf us, or 2 their component pieces, like fracking, tar sands, Arctic oil, the climate treaty on offer for Paris COP 21, a Republican win for the presidency in 2016, the list goes on – in addition to stopping all that…

We will need to have visions of a better world to offer to each other and to all the people we hope to build it with, and ideas about how to tie these strategically into one large social movement that stops the machinery of destruction and sets off in a different direction.

The dream of “sustainable development” is one of those visions. Will it turn into a long nightmare for our century, like “development,” its twentieth-century predecessor, continually betraying its (arguably) noble initial goals of a world without poverty, with political freedom, and with healthy, plural cultures?

2015 is one of those hinges of history, when, in a happy confluence of timing, the Millenium Development Goals that were the highest expression of the dream of development will get traded in for the new model – the Sustainable Development Goals (in a three-day U.N. conference in New York that begins on the day of our first meeting!), and when the world community – or at least the United Framework Convention on Climate Change – has vowed to deliver a global climate treaty that will save us from the elephant in the room of all discussions of future worlds, in Paris on practically the last day of class in December.

How wonderful, then, that we will meet and spend three hours together each week to take stock of the state of the world, the import of these events, the field of sustainable development, and discuss our own dreams and nightmares about the future!

I believe that if we are to pass on a world worth living in to the next generation, this network of movements for global and climate justice and an authentically sustainable future must become the biggest the world has ever seen.

And the moment is now.

The latest reports of the United Nations Intergovernmental Panel on Climate Change (IPCC) and leading climate scientists James Hansen, Alice Bows, and Kevin Anderson point toward the need for a treaty that will limit warming to 1.5 degrees Celsius or less and restore the Earth’s atmosphere to the scientifically established sustainable level of 350 parts per million of carbon dioxide (it passed the threshold of 400 ppm in May 2013 and we have added another 3 ppm since then).

Meanwhile, activist-scholar Bill McKibben notes that for an 80 percent chance to stay under a “realistic” but far riskier 2 degrees, we have to keep the total of all future greenhouse gas emissions under the equivalent of 565 gigatons of CO2, but scarily, the proven reserves of all the fossil fuel corporations and exporting countries come to 2,795 gigatons. This means that 80 percent of these reserves – by some estimates, worth as much as $27 trillion – have to be kept in the ground somehow and never extracted and burned.

The annual United Nations climate summits, known as the COPs (for Conference of the Parties), followed by a number denoting the year (the first, in 1995 was COP1) have been trying to negotiate such a treaty for almost twenty years now, and have set themselves the deadline of the COP21 in Paris in December 2015, to achieve it. But the international climate negotiations process is at an impasse, as the dominant parties to the climate negotiations continue to advance 3 positions completely at odds with each other and with what science requires, suggesting that humanity is on a collision course with nature that it cannot win.

Perhaps more importantly, on the side of hope, since 2007, or even earlier, a promising global climate justice movement has emerged behind the slogan “System change, not climate change!” making demands for a socially just, scientifically appropriate, and legally binding climate treaty. To get such a treaty, governments who do not want to vote for it, or whose short-term interests and economic elites are not served by signing, will need to be persuaded, or more probably, forced to do so by their own civil societies and Earth citizens everywhere.

The purpose of this course, then, is to explore the diverse meanings and impacts of the concept and practice of the term “sustainable development” as used by scholars, social movement organizations, communities, and activists to imagine and create a sustainable, equitable, democratic world for future generations. 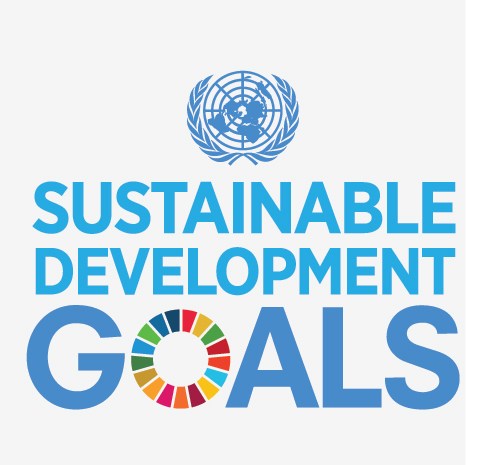