What is the relationship between forms of power and environmental health in Japan? How do traditional values and practices influence contemporary ecologies? In this course we will trace the history of ideas about the natural world, human-animal-environment relations, and apply social science theories to assess contemporary environmental issues in Japan. The rubric of “power” will serve as a tool to help us interrogate and better understand how inequality and hierarchy, politics, economics, structural patterns, and ecosystems shape Japanese relationships with natural and unnatural landscapes in the present.

Our exploration of Japan’s environment and its political moorings will be informed by study of the horrendous disaster which initially shook Japan on March 11, 2011. On this day, Japan was hit by a devastating magnitude 9 earthquake followed by a tsunami which left some 20,000+ persons missing or dead in its wake. Shortly after the quake, one of Japan’s largest nuclear reactors, Fukushima Daiichi, lost electricity in its backup generators leading to a triple meltdown and the leakage of massive amounts of radiation across the archipelago, which continues today. The effects of this disaster are still unfolding. As students of Japan, this disaster raises a number of issues and reveals certain patterns in political, economic, social and energy infrastructure, and helps us to understand the resilience of the Japanese people from a new perspective. This course will foster enhanced critical thinking, to provide us with tools to reflect on received knowledge and approaches to learning. 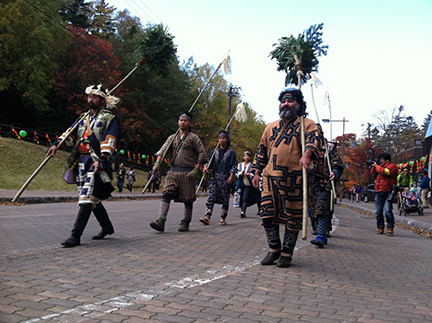