“Climate justice” can mean many things: for me (John) it is meaningful action taken to deal with the most pressing problem of the 21st century, the problem of climate change.

Importantly, this means moving the world toward the most progressive possible global climate treaty, contributing to the strongest possible social movement participation in creating that treaty, and through both of these channels helping to bring about the creation of a low-carbon, sustainable, equitable, and deeply democratic future. I believe that if we are to pass on a world worth living in to your own and the next generation, this movement for climate justice must become the biggest (and most effective) the world has ever seen.

A growing international scientific consensus has emerged that there is now only a 50 percent chance that the official United Nations maximum target of limiting the rise in average temperature to 2 degrees Celsius by the year 2050 would effectively avert irreversible climate change.

The latest reports of the IPCC – the Intergovernmental Panel on Climate Change – in addition to the view of Dr. James Hansen, the world’s best-known climate scientist, point toward the need to limit warming to 1.5 degrees Celsius or less and restore the Earth’s atmosphere to the scientifically established sustainable level of 350 parts per million of carbon dioxide (it passed 400 ppm in May 2013 and continues to rise). Meanwhile, existing market-based programs such as carbon cap and trade are failing to constrain the steady increase of CO2 and other greenhouse gases in the atmosphere, suggesting that accomplishing these goals without a radical change in our present economic system is simply not going to happen.

In his powerful essay, “Global Warming’s Terrifying New Math,” prominent U.S. climate activist Bill McKibben argues that to have a reasonable chance to stay under a two-degrees Celsius temperature rise in this century, we can only burn a given amount of fossil fuels (as he points out, in this case, “reasonable” means four chances in five, or “somewhat worse odds than playing Russian roulette with a six-shooter”). The science tells us that this means the world’s largest fossil-fuel producing corporations and countries must be compelled to leave 80 percent of their proven reserves (and thus their actual value) in the ground. This is the inescapable physical logic of salvaging a livable planet for future generations.

1 If you have a learning or physical disability and require extended time to complete please contact John Foran in the first week of the course.
3

In 2012, at the time of writing, McKibben estimated the cap for maximum atmospheric CO2 emissions at 565 gigatons as the upper limit for staying at or below a 2 degrees Celsius temperature rise. With annual global emissions currently running around 34 gigatons a year, and rising about three percent per annum, this cap is roughly equal to a ten- year supply – till about 2026 – if “business as usual” trends of economic production and growth continue. The terrifying part, of course, is that the estimate that the world’s already proven reserves of fossil fuels exceeds McKibben’s cap by five times. In other words, the richest corporations in the history of the world would have to forego four-fifths of their future earnings – by some estimates, an astronomical $20 trillion, maybe much more than that. But instead, they are currently spending over $600 billion a year trying to discover new sources of fossil fuels – fracking, tar sands, deep- water drilling, Arctic oil, mountain-top removal – while each year the amount we can afford to burn decreases.

At the same time, the international climate negotiations produced an inspiring sounding but practically speaking, almost useless document, the “Paris Agreement” at the end of 2015.

Meanwhile, the dominant countries continue to advance positions completely at odds with this science, suggesting that humanity is on a collision course with nature that we cannot win.

Fortunately, dear Millennials, in the new millennium, a promising global climate justice movement has emerged behind the slogan “System change, not climate change!” and is making demands for a socially just, scientifically appropriate, and legally binding treaty. To get such a treaty in the future, governments whose short-term interests and economic elites are not served by signing will need to be persuaded or forced to do the right thing by their own citizens and Earth citizens everywhere – that is, by us. One major question addressed in this course has been posed by my friend Bill Barnes: “Can we create new, transformative narratives to inspire political movements able to force vigorous engagement with climate change?”

The purpose of this course, then, is to get our heads round the reality that we now live on an Earth in crisis, and to explore the possibilities of a climate justice movement for living in a better future. This course is about gaining useful knowledge that will enable positive action to secure a better future. 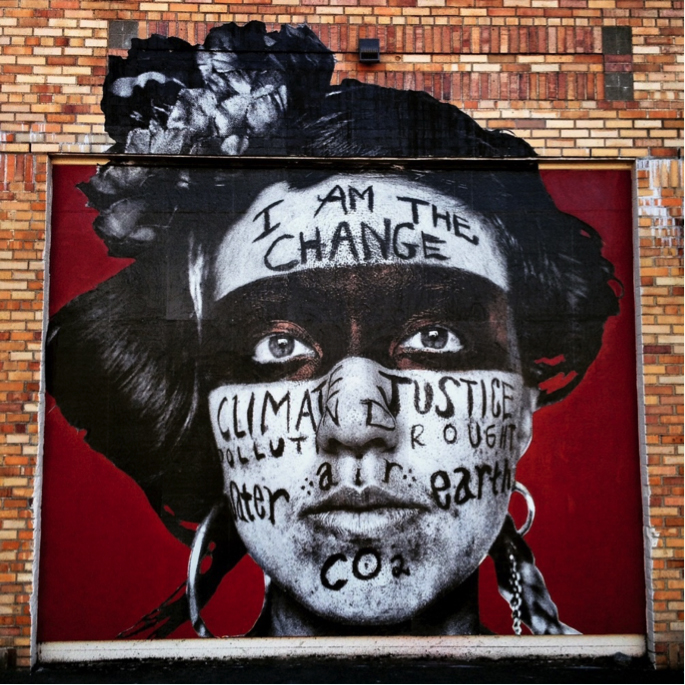