What’s Wrong with the World and How Do We Fix It? Perspectives from the Environmental Humanities and Social Sciences

In this course, we will investigate the future, asking what might the world look like in the year 2050?

What will be the state of climate change?

How will people make sense and meaning of their world?

What future worlds can we foresee from where we are now, ranging widely and wildly from the awful to the utopian? How will we get to the better worlds we hope to be living in?

Starting with the current political, economic, cultural, and climate crises of Earth and humanity, we consider alternatives to the present system – sustainable development, buen vivir, transition towns, resilience, and ecosocialism among them – and our roles in building what could possibly turn out to be a far better world by 2050.

We will also consider the ways that climate change is being fiercely debated on the public stage through a careful look at the rhetoric of these debates.

This course will involve immersive, project-based work, with role playing, creative productions, group projects, field trips, and more. This is not a multiple choice, mid-term and final class!

Essential to these two courses that are one will be a collaborative model of discovering, curating, and analyzing material.

Why is this class important? Because it’s your (our) future we’ll be trying to figure out!

This special course starts with the current crisis of the Earth and humanity, marked by economic insecurity, a lack of faith in political parties, pervasive cultures of violence, and now, the wild card that makes them all much scarier – climate change.

But this course is about hope, imagination, and the roles all of us could play in building a far better world in our lifetimes.

This means we will need to take action to deal with the most pressing problem of the 21st century, the problem of climate change. Importantly, this means moving the world toward the most progressive possible global climate and development goals, contributing to the strongest possible global social justice movement participation, and through both of these channels helping to bring about the creation of a low-carbon, sustainable, equitable, and deeply democratic future. A simple working definition of sustainable development might be “a just and ecologically-based society”; the 1987 Brundtland Report – also known as Our Common Future – has given the most famous definition: “Sustainable development is development that meets the needs of the present without compromising the ability of future generations to meet their own needs.”

I believe that if we are to pass on a world worth living in to the next generation (that’s you!), this movement against the crises besetting us and for climate justice – in the broadest sense of the term – must become the biggest (and most effective) the world has ever seen.

A growing international scientific consensus has emerged that there is now only a 50 percent chance that the official United Nations target of limiting the rise in average temperature to 2 degrees Celsius by the year 2050 would effectively avert irreversible climate change (and recent reports indicate that there is just a five percent chance of actually staying below two degrees).

In 2012, climate activist and scholar Bill McKibben estimated the cap for maximum atmospheric CO2 [carbon dioxide, the main greenhouse gas responsible for global warming] emissions at 565 gigatons as the upper limit for staying at or below a 2 degrees Celsius temperature rise. With annual global emissions currently running around 30 gigatons a year, this cap was then roughly equal to a fourteen-year supply – till about 2026 – if “business as usual” trends of economic production and growth continue. The terrifying part is that the estimate of the world’s already proven reserves of fossil fuels exceeds McKibben’s cap by five times. In other words, the richest corporations in the history of the world would have to forego four-fifths of their future earnings – by some estimates, an astronomical $20 trillion. But instead, they are currently spending over $600 billion a year trying to discover new sources of fossil fuels – fracking, tar sands, deep-water drilling, Arctic oil, mountain-top removal – while each year the amount we can afford to burn decreases.

Unfortunately, meanwhile, the recently agreed international climate treaty – the December 2015 “Paris Agreement” – is not nearly adequate for the task, since if every one of its non-binding country pledges are met, we are still headed for around three degrees of warming. The dominant parties to the climate negotiations continue to advance positions completely at odds with climate science, thus ignoring the terrible fact that humanity is on a collision course with nature that we cannot win.

The good news is that since at least 2007, a promising global climate justice movement has emerged behind the slogan “System change, not climate change!” and is making demands for a socially just, scientifically informed, and legally binding treaty. Governments who do not want to vote for it, or whose short-term interests and economic elites are not served by signing, will need to be persuaded or forced to do the right thing by their own citizens and Earth citizens everywhere – that is, by us. One major question addressed in this course has been posed by my friend Bill Barnes: “Can we create new, transformative narratives to inspire political movements able to force vigorous engagement with climate change?” This emphasis on finding new narratives puts us firmly in the domain of the environmental humanities and qualitative social sciences, the perspectives that inform this course. And it is an invitation to you – to all of us – to put our growing knowledge and imaginations to good purpose!

The main focus of this course is to focus our sociological and ecological imaginations on creating the kind of society that might weather the climate maelstrom that is coming and actually come out on the other side (or more realistically in the midst of it as it deepens) with societies far more suited to human well-being and thriving than the ones we presently have all around the world.

Along the way we will encounter such ideas as sustainable development, transition towns, resilience, ecosocialism, buen vivir, and a slew of other alternatives to the present system, and we will read some of the best writing on these and other topics by their inventors, critics, activists, academics, and others, including the genres of the essay and blog post, fiction, and film, with a startlingly innovative collective project that you will work on throughout the term! 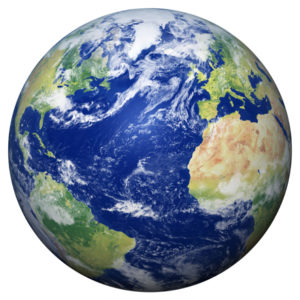